The Town of Dumfries

lies just north of the Solway Firth in the County of Dumfries and Galloway. the town was first mentioned in historical records in the 1150s. Dumfries was made a Royal Burgh by William the Lion, King of Scotland in 1185. To the north of the town was the Monastery of the Greyfriers, in 1306 Robert the Bruce stabbed Sir John Coymn in front of the alter during a quarrel over the rival claims to be the King of Scotland. Dumfries in the past was a large producer of Fine Linen, Tweed, Leather goods, Knitwear and many agricultural products. The River Nith flows through the town directly to the Solway Firth and it was navigable for barges, making Dumfries an important inland port at one time. For a more detailed History of the town, click here

The town is situated in a strategic position guarding a river crossing. It grew up to meet the needs of the Royal Castleat Castledykes at the southern end of the town which provided protection for the town. Dumfries was the first safe crossing point of the river Nith. A wooden bridge was built in 1260 by Lady Devorgilla Balliol mother of King John Balliol. The wooden bridge was replaced by a sandstone bridge in 1432 and is known as Devorgilla’s Bridge. This bridge is the oldest surviving multiple-arched bridge in Scotland.   Click on images below to enlarge. 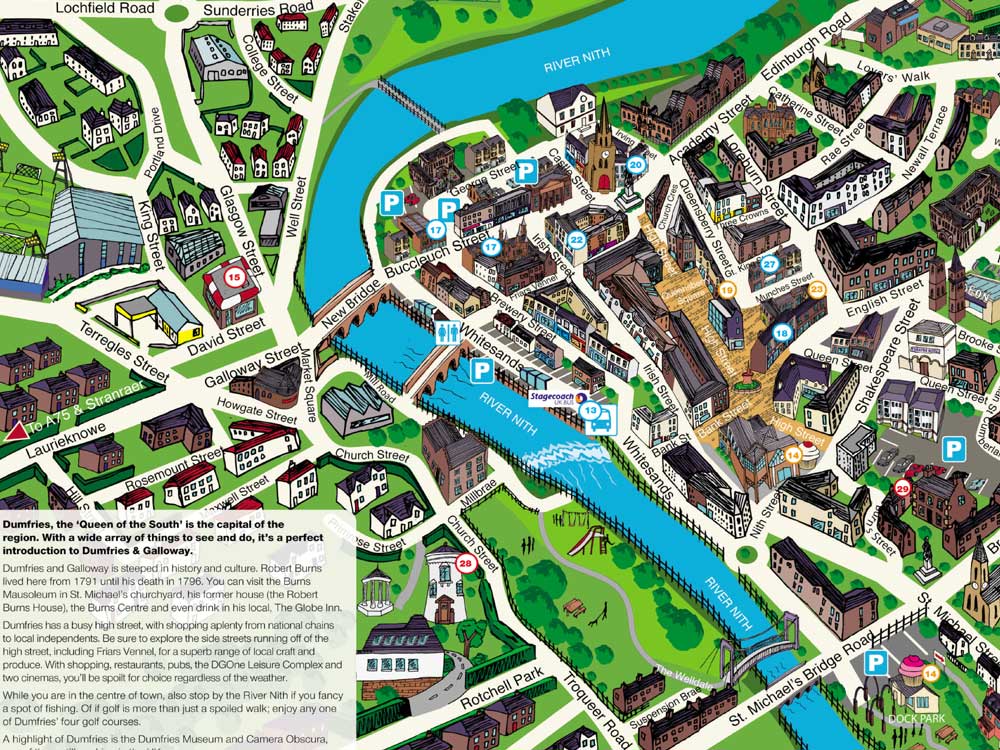 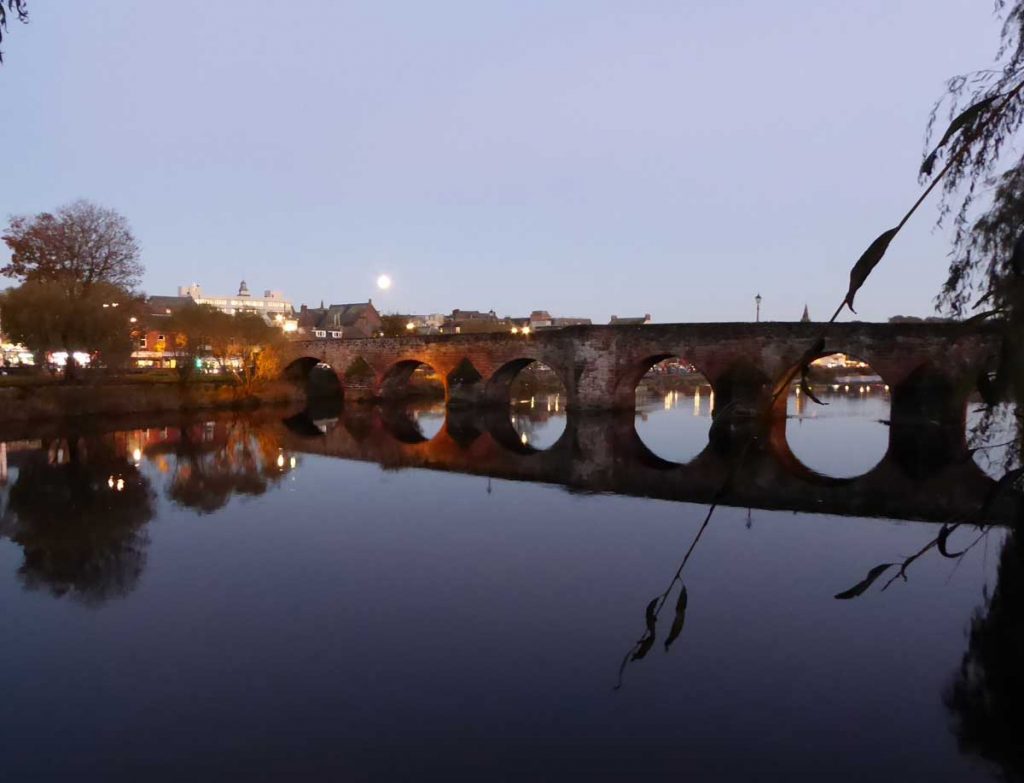 The town has an interesting museum which was originally built as a windmill, a camera obscura, a Burns Centre, and J.M. Barry's house at Moat Brae, it is said that the garden of the house was an inspiration for the writing of the famous story, “Peter Pan”. The town hosts a now famous Arts Festival, in late May, early June.

Walks around the town are a good thing to do, particularly the walk through Dock Park to The Crichton.  The Chrighton is a faily large estate based around an old mental hospital and has extensive park land and gardens.  The roch garden is of note.

A celebration of Dumfries is held on the third Saturday in June every year and is called “Guid Nychburris”. This is a colourful spectacle with numerous floats driving through the town, the “Riding of the Marches” with many riders of all ages, around the boundaries of Dumfries takes place as part of the event. The ceremony of the crowning of the Cornet and the Cornet’s Lass is an important feature of this.